Baltimore MCAT tutors who score in the 94th percentile or above on the MCAT, and have a track record of helping students achieve their goals. We provide one on one Baltimore MCAT test prep, group tutoring, and application advising.

Our MCAT tutors score within the 94th percentile or above on the exam. In addition to top scores, we vet our tutors to make sure they have a digestible didactic method. We’re exclusive: only 2% of tutors who apply make the cut.

We add a Free Introductory Hour to every package, so students can meet their tutor and develop a customized study plan before beginning their paid package hours.

Prep using materials from a wide variety of companies in addition to AAMC® materials issued directly from the test-makers. We include an AAMC®’s Online-Only Official MCAT Prep Bundle with your study package. We also include Tutor the People’s MCAT Math: Strategies and Practice Problems book, written by one of our tutors!

GPA not that great? Work with our M.D. advisor to pinpoint any red flags in your application and ways to make up for any areas of weakness. All for free without subtracting from your package hours. Unlimited personal statement (P.S.) revisions. Work with the advising team as much or as little as you would like.

We offer multiple extended payment options. Contact us to find out which installment plan suits your budget.

Use your study hours as best suits your needs. Some students meet with a tutor daily, while others space it out to weekly meetings.

There is no better way to prepare for the MCAT than 1-on-1 sessions that are focused on your needs.

“ I have had an amazing experience working with Tutor the People. The MCAT can be really intimidating but from the moment I contacted them I have received nothing but support, valuable information and encouragement. Since I had to study during the semester, I was very concerned about fitting in enough time to properly prepare between classes and research. But my tutor immediately helped me organize a great, personalized study plan and assisted me in finding the best MCAT prep materials I didn't even know existed. In the end, I earned a 522 (99% percentile) and I know I couldn't have done it without the help from Tutor the People! ” 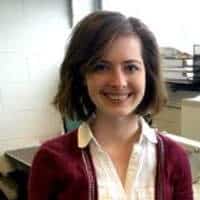 Ashley L. MCAT
522, 99th %
“ I learned how to maximize my study time, which materials to use, and how to attack specific kinds of questions that I frequently struggled with. Both of my tutors took time to make sure that I understood the answer to each question. They pushed me to dedicate significant amounts of time to studying, and they helped me use this time in the best way. I am so happy with my choice to work with Tutor the People and study independently rather than taking a course through a well-known company. This opportunity raised my MCAT score by 7 points from my first practice test and helped me excel in my weakest subjects. I would highly recommend Tutor the People if you are looking to work hard with tutors who are committed to your success and if you want to master the new MCAT in an efficient and fulfilling way. ”

Austen H. MCAT
522, 99th Percentile
“ I never thought I would be able to achieve a 12 on the Physical Sciences, and if I had only done a group class, I never would have. All of my friends are extremely impressed because I am the one who went with the tutor and self-discipline study method, and so far, I have scored the highest on the MCAT. With a good tutor like Ben from Tutor the People and the drive to succeed, achieving your goal is most definitely possible. ”

Stasha O. MCAT
37, 98th Percentile
“ I can't say enough good things about Crystal. She's super patient, knowledgeable, and encouraging. The first time I took the MCAT I got a 31 even though I felt I've done all I could in terms of content. I wanted to improve my score but was hitting roadblocks studying independently because I couldn't pinpoint exactly why I got certain questions wrong, and thus did not know how best to correct them. Crystal was extremely good at this and taught me many strategies to conquer types of questions that I couldn't previously. There were also times during verbal review that I just felt burnt out and discouraged given how hard it is to improve verbal scores, but Crystal was patient with me and drilled strategies with me constantly. I ended up getting an 11 on verbal! ” Lisa S. mcat
36 MCAT Score, 97th Percentile
“ Prior to choosing Tutor the People as my verbal MCAT prep source I was a bit hesitant about having the sessions over Skype. However, after meeting for our first trial session I was positive my tutor was the man for the job. He was well organized and structured the course to fit my schedule. He was very communicative as to how the sessions would progress and where we should be towards the middle and end of our course. Not only was he a master at the verbal section, but he was able to effectively teach me his strategies, and help me craft the skill set necessary to be successful. The investment was well worth it and my tutor helped me increase my verbal score by 5 points! ”

To begin, we first learn about our MCAT students– specifically their history studying for the MCAT and past experiences with the sciences. In order to match students with effective and personalized private Baltimore MCAT tutors, it is important that we understand your history and struggles with the MCAT. Some of the information we seek includes:

We'll Help you achieve your goals

Medical School and Opportunities in Baltimore

The University of Maryland School of Medicine, abbreviated as UM SOM or UMB SOM, is the first public and the fifth oldest medical school in the United States. According to U.S. News and World Reports, UMB SOM achieved the 40th place for “Best Medical Schools: Research” and 44th in “Best Medical Schools: Primary Care”.

UM SOM is considered one of the fastest growing biomedical research institutions in the world. Due to its immense amount of research,  UM SOM has become the 8th-highest public medical school in research productivity with around 600 active patents.

If you want to become a physician who also contributes to research in the biomedical sector, then UM SOM is a great choice for you.

Johns Hopkins University School of Medicine, also known as JHUSOM, is one of the top medical schools and leading healthcare system in the USA. According to the U.S. News and World Reports, JHUSOM has consistently ranked among the nation’s top medical schools and has received a number of research grants awarded by the National Institutes of Health. Its main teaching hospital, the Johns Hopkins Hospital, was ranked the #1 hospital in the United States for 22 years.

JHUSOM is one of the nation’s leading medical schools. Prospective applicants must be sure to cross all their t’s and dot all their i’s!

We specialize in taking an individualized approach with every student. MCAT tutors create a unique study plan for each student, one that is tailored to the student’s strengths and areas of improvement. In addition, we provide free AAMC® MCAT prep materials to every student.

After we learn about each student and their experience with the exam, our team then matches you with the best Baltimore MCAT tutor who matches your availability and your specific MCAT needs.

We also offer small group MCAT tutoring. The groups are formed on an as-needed basis, so whether you are an individual looking to form a group, or a group of friends/classmates who want to save some money on MCAT prep, just contact us to form an MCAT study group. Group MCAT tutoring is offered both online and in-person.

Just starting your MCAT prep? Here’s some information about the MCAT® Test:

The Medical College Admissions Test (MCAT) is a computer-based standardized test that Admissions Committees use as a tool to determine your future medical school success. The exam is designed to assess problem solving skills, critical thinking, and knowledge of scientific concepts and principles.

Each of the 4 section scores sum up to the total score. The MCAT median score is 500, and the total MCAT score ranges from 472-528.

It is no doubt that students benefit from a customized, one on one approach to learning. When studying for a test as difficult as the MCAT, the one on one approach is especially crucial. Students who approach their prep in a more traditional, classroom setting, often obtain a general understanding of the content covered on the exam but are deprived of the focus needed to delve into the complex areas of the material. Because the MCAT is tested on such specific concepts piled on top of fundamental areas in science, it is crucial that students grasp the full basis of each science, before learning the intricacies that build upon them. Our Baltimore MCAT tutors can help students no matter what page they are on. Maybe a premed is a stellar student, but never fully understood the role of amino acids in high school chemistry. Working with a MCAT tutor one on one, the pre med and the tutor can diagnose exactly in which areas of the exam the student is struggling most, then develop a carefully curated study schedule around the student’s strengths and areas of weakness.

The University of Maryland School of Medicine Health Sciences and Human Services Library is one of the best places to access all kinds of medical-related research papers, books, and journals. Furthermore, this is the only publicly-funded health sciences library in Maryland. The library offers 45 private study rooms.

The Welch Medical Library is a part of JHUSOM and it has a huge collection of medical-related study materials. The third floor of this library houses The Institute of the History of Medicine, which consists of rare medical books, including a large collection of 19th-century medical texts.

MCAT and Pre-Med Resources in Baltimore :

Prospective applicants to the University of Maryland School of Medicine should review the eligibility requirements.

If you want to study at Johns Hopkins University School of Medicine, you better review their Prerequisites and Requirements. Note, the oldest MCAT accepted will be four years prior to the date of expected matriculation.

MCAT and Related Events in Baltimore :

We acknowledge that every student is unique, and we specialize in taking an individualized approach in every lesson. Our MCAT tutors create unique study plans tailored to each individual student’s needs. The MCAT study schedule is personalized for YOU alone in the one-on-one tutoring sessions.

In group Baltimore MCAT test prep, the tutor surveys the group’s needs as a whole, and then (s)he dedicates every lesson to the group’s needs, while applying each individual’s needs to the lesson plans.

Our tutoring prices are more affordable than our competitors and we offer extended payment plans so that all students have the opportunity to reach their full potential on the MCAT. We understand that the process of applying to medical school is a very expensive one. That’s why we provide students with expert Baltimore MCAT test prep to help them succeed, regardless of their financial backgrounds.

Oh hey :) Think we can help you with the Baltimore MCAT Tutors preparation?